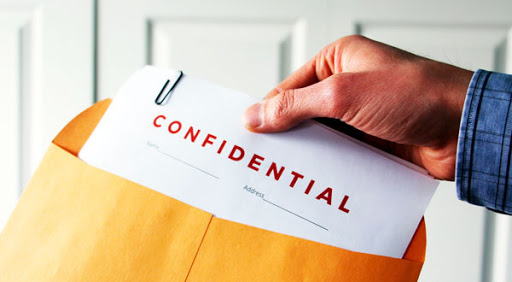 Settlement agreements have unique case origins with many common terms. Quite often, the press of practice results in reuse of terms and conditions from earlier art. One of those phrases commonly placed in a settlement agreement is: “. . . approved as to form and content,” attested to by the signature of the parties’ counsel.

Recently, the California Supreme Court weighed in on this phrase. In an appeal arising from statements made about a settlement of a wrongful death action, our highest court put this common phrase under its well-honed scrutiny. Thus, while case specific, it is a reminder to all practitioners not to count the words, but to ensure that the words count.

In Monster Energy Company v. Bruce Lee Schechter (2019) 7 Cal.5th 781, Justice Corrigan wrote for a unanimous Court. The case arose from a wrongful death action against Monster Energy. The case was settled before trial. The settlement called for confidentiality. In a detailed settlement agreement, the parties bound included the parties’ “attorneys.” The confidentiality clause also referred to the parties and “their counsel.” The settlement agreement continued to include: “in regard to any communications concerning the settlement of this Action, the Parties and their Counsel and each of them hereby agree that neither shall make any statement about the Action.”

Monster Energy brought suit against plaintiffs’ counsel for breach of contract, breach of the implied covenant of good faith and fair dealing, unjust enrichment and promissory estoppel. In response, plaintiffs’ counsel filed an Anti-SLAPP motion under Code of Civil Procedure section 425.16. While the trial court denied the motion as to the cause of action for breach of contract, it granted relief on the remaining three causes of action. On appeal, the Fourth District, Division 2, reversed as to the denial on the breach of contract cause of action. Thus, they determined that the entire action was barred by the Anti-SLAPP statute. The California Supreme Court granted review.

Justice Corrigan wrote that the two prongs were: (1) whether the challenged claim arises from protective activity; and (2) if the first element is established, does plaintiff have a probability of success on the merits. The Court determined that the conduct arose from protected activity. It then focuses on whether or not plaintiff had a likelihood of prevailing on the merits. The Court traced the language of “approved as to form and content” to generally mean that the attorney has read the document and embodies the agreement reached between the parties citing Freedman v. Brutzkus (2010) 182 Cal.App.4th 1065, 1070.

The Court reviewed the specific settlement agreement and noted the significant effort to ensure confidentiality and to bind counsel in the process. The Court noted that privacy was an important interest in promoting the policy in favor of settlement. Further, it stated that public disclosure would “chill” the ability of the parties to settle before trial citing Board of Trustees of California State University v. Superior Court (2005) 132 Cal.App. 4th 889, 899.

In contrast to the Court of Appeal, Justice Corrigan found that there was substantial evidence to support the trial court’s denial of the Anti-SLAPP motion on the breach of contract cause of action. Since the attorney was referred to as a party, there were numerous references to confidentiality and the negotiation history showed there was sufficient merit to Monster Energy’s allegations. As a result, the Supreme Court reversed the Court of Appeal as to the cause of action for breach of contract.

In sum, the Supreme Court focused on whether counsel was a party to a contract, not a party to the underlying litigation. It appears that “approved as to form and content,” standing alone, may not bind an attorney to confidentiality without much more.

The remand by the California Supreme Court case does reflect that Monster Energy may be able to bind counsel to a confidentiality clause, because the settlement agreement focused on: (1) identifying all counsel as parties in addition to their clients; (2) detailing and repeating references to confidentiality required of parties and their counsel; (3) detailing references to no third party publication by parties and their counsel; (4) affirmative covenants not to communicate to third parties running to parties and counsel. Additional possible safeguards could include a liquidated damages clause that runs to the parties and counsel.